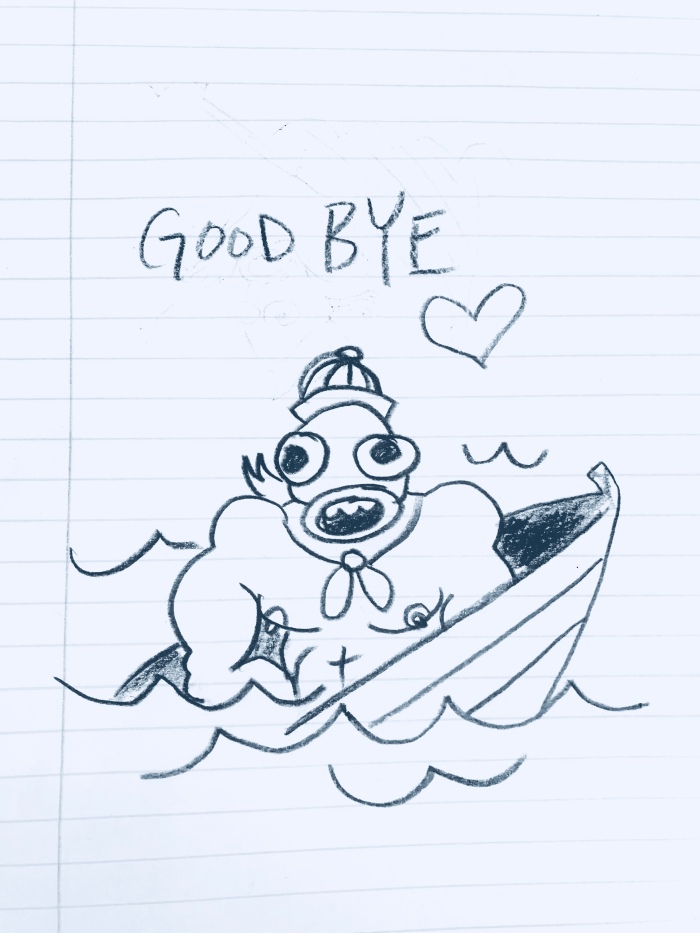 I became a tidal wave.  The tides came on first roaring as I shot from flesh.  During your birth we quietly rested into view of what will be left of me.  Slowly I watched as the pools of black grew slightly thicker towards the center.  This was the reason I was alive.  There could be not another most perfect day. The rhododendrons cast tropical shadows to cover me.  I laid still as my crimson pond grew only moving slightly to compliment the space.  Lava formed the terrain as naturally as the earthquake that was me.  Mountains grew as the earth broke carved as the river ran it’s last course.  I was still until the sun completed our last dance together.  Overwhelmed from this new world  I went to bathe.  Through the arched doorways my mountains where to become glaciers.  An ocean was calling startled with a shake the pills answered back.  One piece of raisin toast with dried jam half wilted and swollen.  The ocean didn’t even turn pink.  I swam in the world inside of me and gazed upon it with my own eyes.

This site uses Akismet to reduce spam. Learn how your comment data is processed.